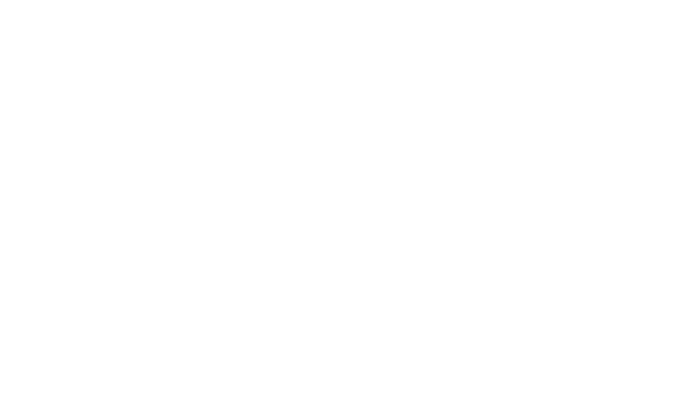 Where do you go when your dream guitar is a Charvel® and money is no object? To Charvel’s U.S.A. Custom Shop. We build the very best of the top-line best for the world’s greatest artists, and also for you. Many of the talented craftsmen who founded the shop are still a part of our valued team, creating the epitome of Charvel style and performance. 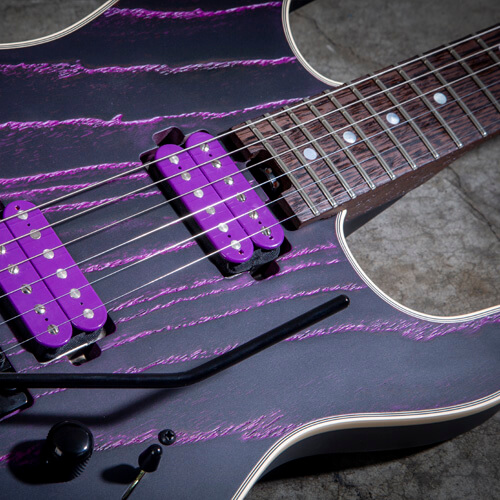 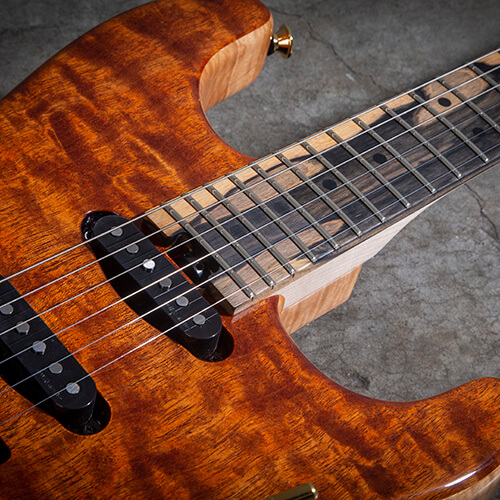 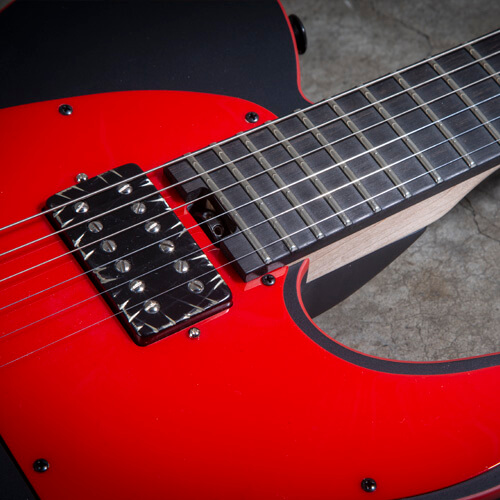 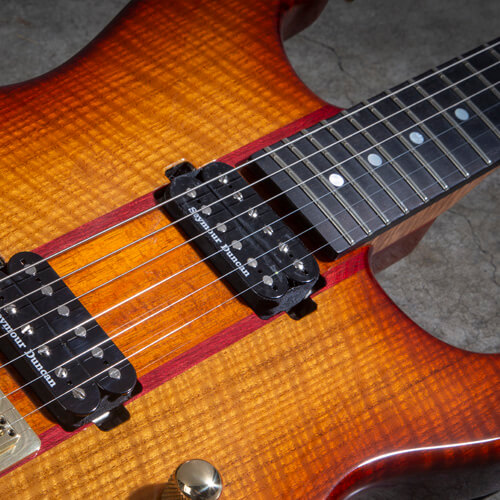 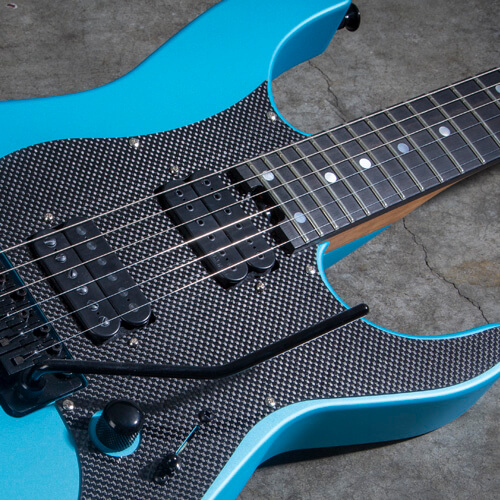 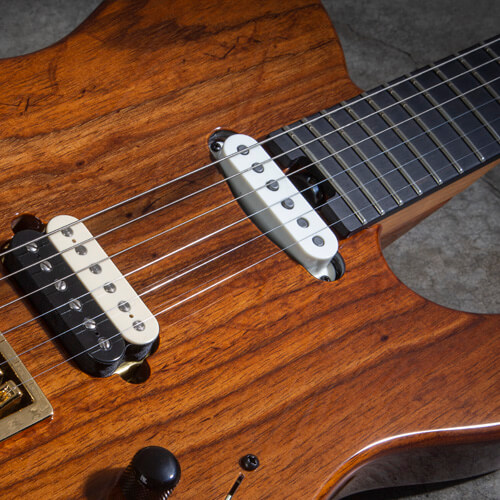 Dave Nichols-nicknamed "Red Dave" for his long red hair and beard-joined the Charvel®/Jackson® Custom Shop in 2005 after a 16-year stint at the Fender® Custom Shop, advancing to master builder in 2006.

An avid woodworker since high school, Nichols has always been into "messing with stuff with my hands." He'd never built a guitar before, though, until a friend's suggestion led to his arrival at the Fender Custom Shop in 1989, where his love for music, natural talent and practiced woodworking expertise served him well.

Nichols rose through the ranks steadily as an apprentice instrument builder with a particular gift for inlay work, and when "an opportunity to build something new" arose at Charvel/Jackson in 2005, "Red" was ready.

"I love being the guy who makes dreams come true," he said. "That's our motto-making dreams come true. It's awesome when people come through here and I can watch them turn into kids in a candy store."

Promoted to a Master Builder in 2018, Joe Williams first came to Charvel/Jackson in 2005 from a vintage guitar shop, where he repaired and set up used guitars.

His passion for tinkering with guitars started much earlier. Williams began playing guitar at age 13, when his parents-assuming it was only a phase-got him an inexpensive Squier beginner instrument. An enterprising teen, Williams quickly taught himself to modify and improve his $100 guitar to sound and feel like his friend's high-performance Charvel.

Williams was well versed in guitar craft by the time he arrived at Charvel and Jackson, where he did wiring and setup work. His attention to detail drew the attention of acclaimed Senior Master Builder Mike Shannon, and Williams was subsequently given sole responsibility for custom assembly work. Under Shannon's expert wing, Williams slowly worked his way backward through the production process-from final assembly to buffing and polishing to mill work.

"The most rewarding aspect of my position is being a player and the builder," Williams said. "Getting to feel and hear the difference of each build; knowing what went into it having done each step and learning from each variance of the process is a privilege."

Knowles’ experience with musical instruments dates to his early childhood years, when he became enthralled by an electric guitar he took apart and re-assembled under the guidance and supervision of Senior Master Builder, Louis Salgado. At the age 9, Knowles was not only playing guitars; he was building them. It is then he discovered his calling.

During his teenage years, the art of guitar-building continued to follow him, as he was introduced to one of the original Fender Custom Shop Master Builders, John Page, during Knowles’ studies in a guitar program.

He entered the big leagues as an adult, joining Fender in 2004, and holding several roles across multiple functions in the FMIC production line. He eventually developed interest in mastering the intricacies of complex high-performance builds in Specialty brands, and proudly earned the title of Master Builder in 2021.

Originally from the east coast, Pasquale “Pat” Campolattano was born 1st generation to an Italian family with a long history of working with their hands. His first exposure to machining and woodworking came at a young age by spending summers in his grandfather’s gunsmithing workshop. In his early teens he fell in love with guitars, and the two worlds collided. Music and tinkering on guitars became his entire focus.

After graduating from Berklee College of Music, he moved west to Los Angeles to test his skills as a craftsman as well as a player. He enrolled in the Musicians Institute Guitar Craft Academy where he would go on to meet then guest instructor Ron Thorn. Two weeks after finishing the course he got a job with a well-known boutique builder after showing him his builds. One had a nice pearl Fleur De Lis inlay with scraps Ron had given him to practice with!

He was recruited to be the Principal Master Builder for Jackson/Charvel after earning his stripes over nearly a decade of R&D and building wildly custom instruments for another major manufacturer. He has made instruments for tons of artists and band members of The Smashing Pumpkins, Megadeth, Exodus, Neil Young, Rival Sons, Scott Ian, Bon Jovi, Aerosmith, Skid Row, Shania Twain, Taylor Swift, Shakira, Beyonce, Arianna Grande, Miley Cyrus, Tony Kanal, Billy Sheehan, John Patitucci, Nathan East, Abe Laboriel Sr, and many others.